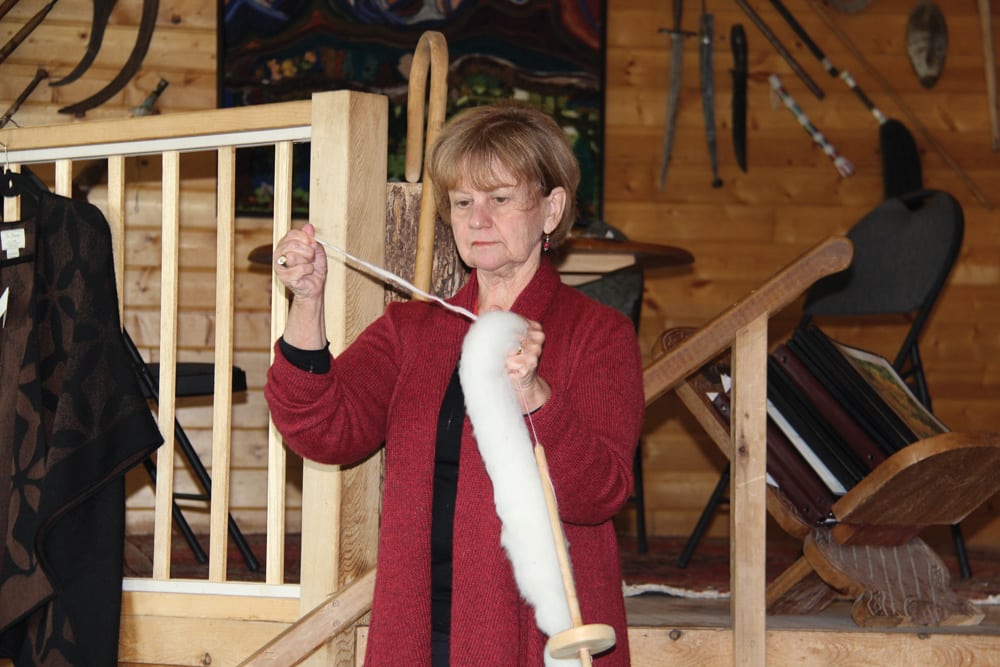 Susan de Rosemond had three strikes against her when she decided to become a sheep farmer in the late 1970s.

First, she was an immigrant. Second, it was a woman.

And the fatal blow? She wanted to be a sheep farmer in beef country.

â€œWhen I was going to apply for my mortgage, the bank managers would say, ‘Ma’am, this is cattle country, you know,â€ said de Rosemond, who operates PaSu Farm with her husband Patrick.

“But the more they said no, the more I said yes.”

The couple emigrated from South Africa to Carstairs in 1977, where they lived for a few years before deciding to try their hand at farming. In hindsight, they might have chosen horticulture (â€œit’s much easier than breedingâ€), but de Rosemond liked the idea of â€‹â€‹farming on land.

However, she thought the cows were too big and the pigs too scary. Sheep, she thought, she could take care of them.

De Rosemond took a three-month sheep handling course and bought â€œold broken downâ€ Cheviots from a neighbor – a diversion from the traditional Suffolk sheep, the â€œinâ€ breed of the day.

â€œIf you are at PaSu Farm, you are a survivor. You want to be fancy, go to another farm, â€she said.

De Rosemond finally found a banker who took her seriously, and just like that, PaSu Farm was born – “with 300 sheep, three children, mortgaged to custody”.

The couple admit they had a rather romantic view of farming at first and were quickly woken up.

â€œEveryone told us we were crazy. I have to admit that at that time it was nothing short of madness, â€said de Rosemond. “But it’s amazing what you can do with your back to the wall.”

Patrick worked off the farm in Calgary, helping to keep the operation going for the first few years. They supplemented their income by selling woolen products, sheepskins and moccasins at craft shows and farmers’ markets. Then, in 1992, the couple built a visitor center for visitors to the city who wanted to experience life on a sheep farm. And very quickly, these visitors wanted to experience more of a getaway in the countryside.

The de Rosemonds therefore adapted their course once again, transforming their establishment into a restaurant and shop.

â€œWe were very lucky to see things fall into place – not always with ease, but the next step was always ahead of us,â€ said de Rosemond.

Today, the couple have only 30 sheep left (their herd was wiped out last year in coyote attacks), but their tourist activity keeps them busy. The gift shop offers wool products from around the world, canned goods made from their own garden, and skin care products made on the farm from sheep lanolin (or wool wax). Likewise, their restaurant serves fresh, local dishes (specializing in lamb, of course).

And as their tourist activity developed, they took some of the practical work out of agriculture.

“We’re at the point where we don’t want to do as much work,” said de Rosemond, adding that their son would take over part of the sheep farm. â€œWhat we produce on the farm is tiny. We produce very little.

Given this, their diversification into agritourism wasn’t just good business sense – it was â€œsurvivalâ€.

“We could not have survived with the sheep,” said de Rosemond. “It just wasn’t sustainable.”

But the operation thrives as a shopping and dining destination, thanks to its location on rolling farmland at the foot of the Canadian Rockies.

â€œPaSu Farm has continued to develop a place that is needed in today’s society. Calgary is very go, go, go. Sometimes we can’t even catch our breath. I think it’s really important that there is a peaceful place where people can come and breathe.