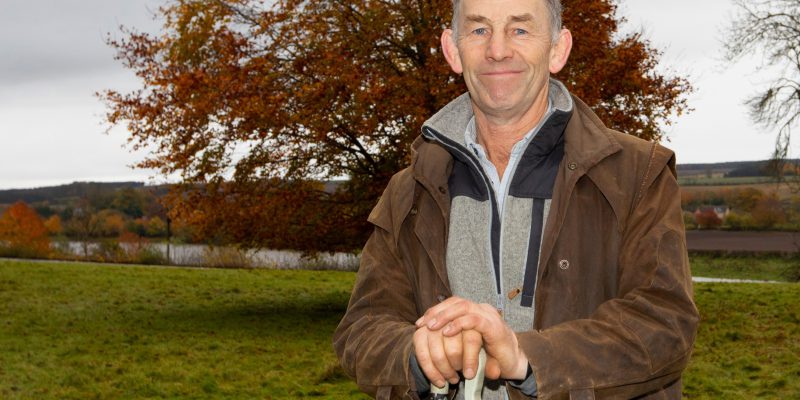 AgriScot: Scottish Sheep Farm of the Year to be unveiled tomorrow

This time tomorrow one of three outstanding sheep businesses will be named Scotland’s Best Sheep Farm of the Year at AgriScot.

The finalist farms, from Borders and Ayrshire, were selected from a strong list of nominations this year.

While the companies themselves are quite different, both are run by producers dedicated to producing first-class, quality-assured Scottish lamb.

The finalist farms are:

All three farm businesses share a commitment to constantly seek ways to improve productivity and efficiency.

The aim of the AgriScot Scottish Sheep Farm of the Year award is to showcase the excellence of sheep production in Scotland and to raise the profile of the dedication of the Scottish sheep farmers who produce the IGP Scottish Lamb.

The recipient will receive a check for £ 500 as well as a £ 250 voucher to celebrate their success at a Scotch Beef Club restaurant.

The club, run by Quality Meat Scotland (QMS), has around 150 members committed to serving top quality Scotch Beef IGP. The recipient of the award will be unveiled at AgriScot on Wednesday November 20 at noon in the main ring road.

The reviewers for the award this year are Hamish Dykes, AgriScot Board Member; Kate Rowell, President of the SMQ; and Neil McGowan, recipient of the AgriScot Scottish Sheep Farm of the Year 2018 award.

The evaluators also sought to gauge the passion and enthusiasm of the farmer, as well as any family and staff who may also work on the farm, to efficiently produce high quality livestock.

All farms producing lambs to be used for meat sold under the Scotch Lamb IGP label were eligible to request the price and, therefore, they also had to be members of the QMS quality assurance system.

Sharpitlaw is based in Kelso, where Kevin Stewart (top photo) operates 500 ha on three units from a base in Sharpitlaw.

The sheep business is based on a fodder production system that combines modern sheep genetics with home-produced fodder.

Technical performance is monitored through detailed records which have enabled the company to respond to drops in scanned numbers, marking lamb survival numbers and regular weighings.

Ties to the local collage and Kelso High School led students to participate in a deworming project and record data with the aim of encouraging young people and developing their skills, which Kevin says is vital for the industry as a whole.

Sorn Mains also has 50 tups in stock which include a blend of Pure Texel, Pure Suffolk, and Leicesters Bluefaced.

Through investments in new infrastructure, Orchardton Farm has been able to increase its profit per kilogram over the past two years by allowing it to market its lambs earlier.

Swinside Townfoot, Jedburgh is the 423 acre property of Peter and Vicki Hedley, where they raise 1,000 North Country Cheviot ewes and 280 substitutes.

They also hire the shepherd of 400 other cheviot mule ewes on a nearby farm. Swinside Townfoot uses a simple system with all sheep being reared in a closed herd system other than the purchase of Cheviot tups and a Bluefaced Leicester tups. In winter, the ewes are fed a mixed ration of silage formulated by the nutritionist of the feed suppliers of the farm.

The Hedleys focus on closely monitoring grass rotation, soil sampling, silage analysis and benchmarking to keep every inch of the farm as productive as possible. 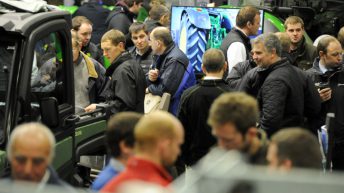