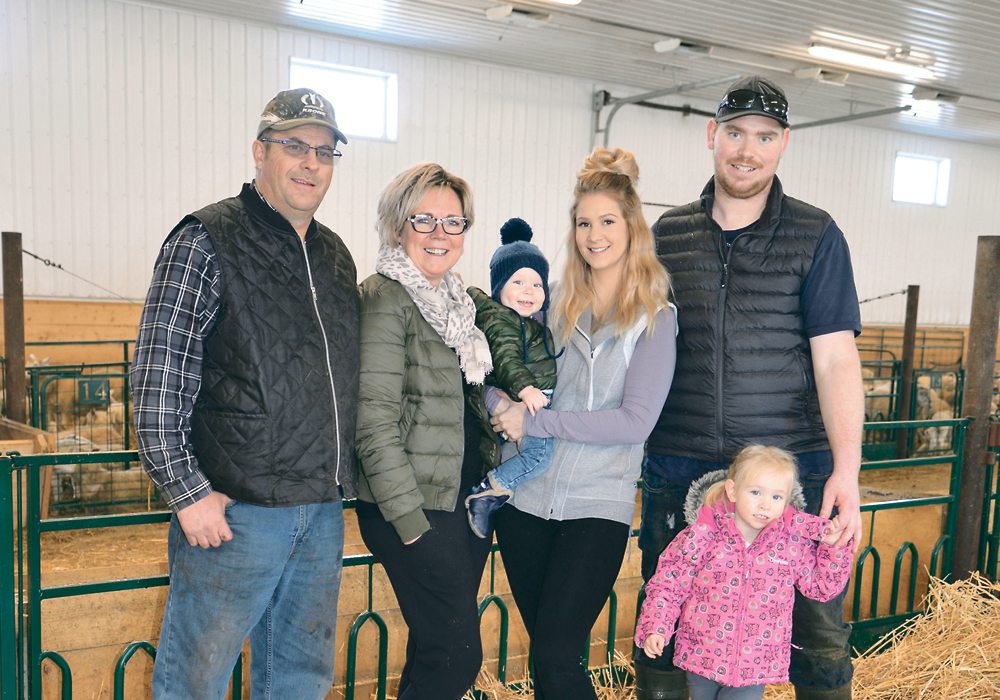 Producers believe there is huge demand and insufficient supply, given that Canada only produces half of what it consumes

PONOKA, Alberta. – It’s crowded at East Valley Ranch – and it’s noisy. The â€œbaa, baa, baaâ€ collective of over 1,000 sheep and lambs bleating together under one roof is surprisingly loud, as the ewes make sure their lambs stay close and the lambs in turn want to feed or confirm the fate. from their mother.

Ben Rodenburg turns three-day-old lambs that have bonded with mom into lambing jugs, small individual pens, along one side of the 300 x 80 foot old metal clad barn. With each set of animals treated, Ben gently pushes the sheep down the aisle to a larger group pen.

The bleating escalates as Ben’s father Jan-Willem enters the barn via Bobcat, up and down a wide alley, dropping food in the various enclosures. There are the pregnant ewes close to the lambing, those that come further, the ewes and the lambs, the weaned ewes and the weaned ram lambs.

Lambs are weaned at around 50 pounds, usually around six weeks of age. Their mothers are moved to an outdoor enclosure to dry off. They shelter in a three-sided 256 x 40 foot barn under the watchful eyes of three large white Maremma-cross / Great Pyrenees watchdogs.

â€œCoyotes are the biggest problem in this area,â€ says Ben. â€œMy dogs take care of it. “

As Ben is able to expand the outdoor pen and corral system, he will move more animals from the barn.

â€œIt’s better for them to be outside,â€ he said.

Ben usually manages the herd himself, but his recent diagnosis of ulcerative colitis and his 10-day hospital stay prompted his parents, Jan-Willem and Jolanda, and his two younger brothers, to participate in the responsibilities of the lambing and daily chores.

Ben’s wife, Heather, was also present between hospital visits, while caring for the couple’s two young children, Jazlyn, 3, and Axel, 1. Ben returned from the hospital on March 7. He feels stronger every day and intends to manage the illness through diet and medication.

The herd of around 700 ewes is made up of Rideau Arcott, Canadian Arcott, Ile-de-France and Suffolk sheep. All are meat animals. The sheep are retained to increase the flock.

A few are sold as breeders to 4-H clubs and landowners.

â€œHobbyists have sheep in the summer and then sell them in the winter,â€ Ben explains.

Ram lambs are auctioned off, usually in Olds, Alta., When they are five to seven months old, when they weigh between 110 and 120 lbs.

There is not much market for the fleece which was mowed late last fall, about six weeks before lambing begins. It is in a warehouse in Lethbridge awaiting sale. Ben says the income from wool is â€œalmost nil. It doesn’t even cover the cost of mowing.

The Rodenburg elders previously ran a dairy in the area they bought in 2000, the year they immigrated from the Netherlands where they operated a mixed farm near Rotterdam – dairy, vegetables, flowers, contract work.

â€œWe couldn’t expand, so we decided to come to Canada,â€ says Jan-Willem.

It was a dream he had had since the age of 18 and that he had shared very early on with Jolanda, before their marriage.

When the time came, they chose central Alberta because of the good rainfall, as well as the Christian school and church that were important to them.

After 16 years in Canada and almost 60 years, Jan-Willem and Jolanda, five years younger, were ready to retire. They sold the 120 head dairy at the end of September 2016.

Ben had worked for them. Both generations agreed that the dairy had been very good for the family, but when considering their respective futures, neither wanted to shoulder the burden of the huge financial investment required with the milk quota system.

Switching from dairy to sheep was a reasonable alternative. Sheep are easy to handle. There is an established market with increasing demand. The first sheep for the new barn, which can accommodate 900 ewes, arrived at the end of February 2017.

The Rodenburgs grow all of their own food – alfalfa, barley grain, and barley silage – on owned and leased land, totaling about 600 acres.

Jan-Willem and Jolanda have five more children but at the moment Ben, the second oldest at 30, is the only one to cultivate.

When the family was in the dairy business, Ben had a few sheep to play with.

â€œI have always been crazy about animals. Sheep are a memory from my Opa (grandfather) in Holland. I want my kids to grow up with these same experiences, â€he says.

At East Valley Ranch, in addition to many sheep, there are also a half-dozen laying hens, several fluffy white Silkie chickens, a pet turkey, ducks, a pot-bellied pig, and three miniature goats. The animals run free most of the time, except the goats.

Ben is optimistic about his future sheep farming and Heather’s.

â€œCanada only produces about half of what is eaten here. There is a huge demand and not enough supply. In five years, I plan to have 2,000 heads and 5,000 in 10 years. This is my long term goal. But everything must make financial sense.