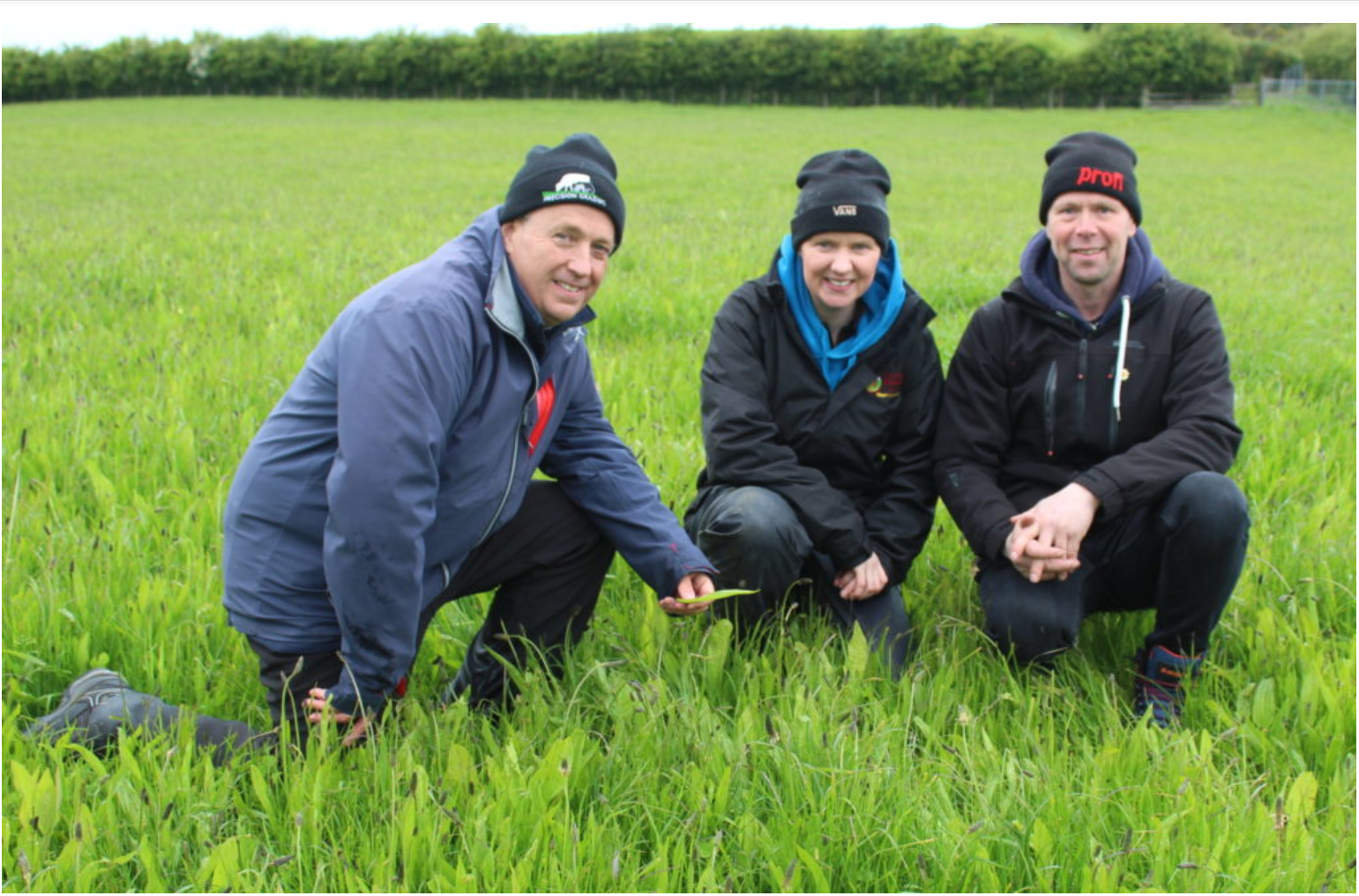 The first of seven ARCZero farm walks was recently organized by Roger and Hilary Bell, from Kells, Co. Meath and Co. Antrim. About 150 people attended the event.

Two fundamental factors are now in place, which many believe will kick-start Northern Ireland’s farming response to the challenge of climate change.

One is the recently launched Soil Nutrient Health Program (SNHS); the other is the ARCZero program.

ARCZero is a European Innovation Partnership (EIP) project made up of a cooperative of seven farms in Northern Ireland.

It aims to measure and manage carbon flows at the individual farm level to empower farmers to make positive changes towards carbon-free agriculture.

According to ARCZero President, Professor John Gilliland, the new soil testing program will provide every farmer in the province with the opportunity to have the carbon status of their soils accurately assessed.

‘The soil testing program will include a representative carbon analysis of the soils that predominate in Northern Ireland,’ he explained.

“This, in turn, will help farmers establish the baseline carbon value from which to determine how best to run their business as they commit to securing a net zero carbon position.”

Meanwhile, the ARCZero project will play a guiding role in enabling farmers to identify management change options available to them to meet the carbon targets set for agriculture in Northern Ireland, the recently enacted Stormont Climate Change Act.

Significantly, John Gilliland believes it is possible to achieve these goals without having to sacrifice production yields.

“And, no doubt, the technological advances already underway will help to improve this situation even further.”

​Bell Springmount Farm is home to 500 lowland and hill ewes, which are managed on a rotational grazing system.

Over the past 15 years the grassy areas of the farm have been reseeded. The live weight gain of each farm animal is recorded.

Hilary and Roger are committed to annual benchmarking and managing a veterinary health plan for the Springmount herd.

One of the most important trends that has already emerged from the ARCZero program is the confirmation that a significant number of farmers are already well on their way to achieving a net zero carbon position within their businesses.

John Gilliland said: “That’s because the combination of soil testing and LiDAR analysis provides a complete picture, above and below ground, of a farm’s true carbon status.

“It is this information that will allow farmers to plan their own journey to net zero in the most efficient way possible.

“In the case of Hilary and Roger, we know they are already 53% of the way to zero carbon.

“They achieved this position through four key management priorities: better use of organic fertilizers; establishment of multi-species lawns; regular weighing of lambs; and better management of the farm’s hedgerow network.

While the use of trailing shoe and other improved forms of slurry spreading techniques are rapidly becoming the norm in Northern Ireland, the push towards multi-species lawns is still in its infancy.

“It’s an approach that has worked for us, especially from a grazing perspective,” explained Roger Bell.

“We have two multi-species grass areas on the farm. One was sown four years ago, the other was established in the spring of 2021. The seed mix at both locations included plantain, chicory, red clover, white clover and perennial ryegrass .

“Both lawns have established themselves well and the sheep find them very pleasant to graze. Traditionally, we would have sown 40 kg/ha of nitrogen on our pure grass lawns, both in the spring and at the end,” added Roger.

“Now we have the opportunity to reduce those application levels by almost 50% on multi-species lawns while maintaining the normal level of lamb production.”

John Gilliland is quick to confirm that farmers should actively support the principle of a net zero carbon goal for their businesses, rather than be afraid of it.

“The seven participating farmers are proof that significant carbon footprint improvements can be achieved through the implementation of very simple decisions,” he said.

“We already know, for example, that reducing the age at slaughter will significantly improve the carbon footprint of all farms.

“And deep reductions in this regard are extremely achievable. This is to improve the efficiency of tour production systems.

Gilliland also strongly believes that farming for carbon will become an important source of income in its own right for farmers, not just in Northern Ireland, but across the rest of Ireland and beyond.

“Carbon credits will have real value in the future. And this is a business opportunity that every farmer should take advantage of,” he said.

“However, this will only happen when agricultural companies can clearly confirm the carbon values ​​they are actively sequestering on an annual basis. In other words, they need to know the carbon storage benchmark for their operations and build accordingly from that point.

ARCZero will continue until mid-2023. At this point, a report will be produced, highlighting the progress made by the seven participating farmers on their respective journeys to net zero carbon.

“But we have to build on all of this for the future. We need full political buy-in to the principles adopted by ARCZero,” continued Gilliland.

“Farmers will need an ongoing point of reference for advice and guidance as they develop their businesses for the future.

“There are huge technological shifts ahead that will further accelerate agriculture’s journey to a zero-carbon position.”