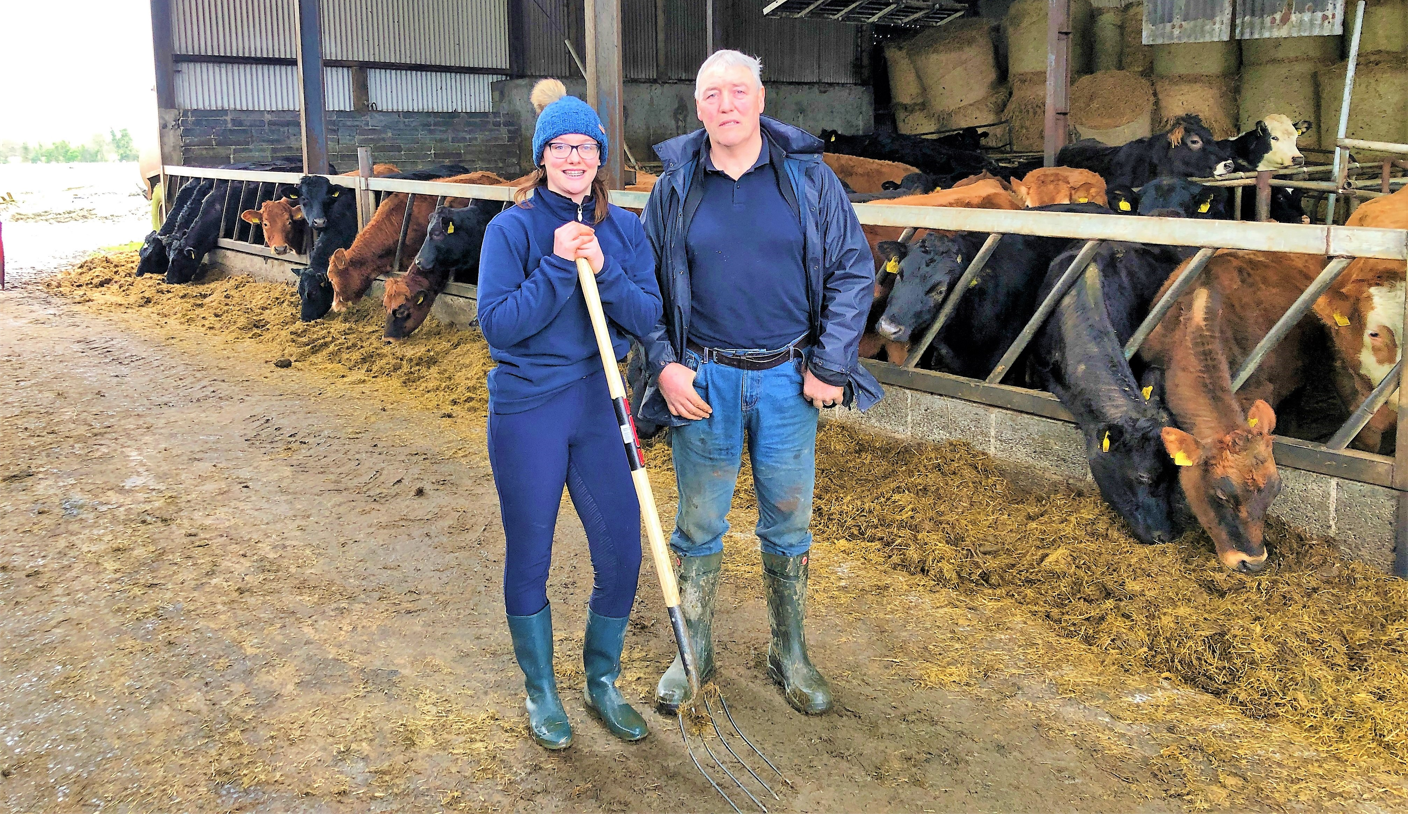 Beef Focus: family effort on the suckler/sheep farm in Wicklow

By: Trevor I. Reed
In: Sheep farm
Tagged: sheep business

Tom is a suckler and sheep farmer outside Baltinglass, County Wicklow, and farms with the help of his wife and children.

The Burkes farm about 70 ha of fragmented land, both owned and leased, most of which is relatively dry land.

The farm currently has about 40 suckler calves due to calve this year and about 80 head of other cattle, made up of both yearling cattle and reserve cattle.

Tom explained that the number of cattle on the farm is lower than normal because the Burkes have reduced their stocking rate in a bid to meet the requirements of the Exceptional Beef Assistance Measure (BEAM).

He said: “Even though we reduced the workforce, it was virtually impossible to meet the required 5% reduction and we are now looking at facing a partial recovery.”

The Burkes also lamb a flock of over 200 ewes. Lambing begins the last week of March while the calving season begins in February.

Tom explained that he sees himself as “a market gardener” saying he prefers to sell his offspring at the local cattle market, and has recently won prizes for shop cattle at the local market’s Fatstock Show and Sale.

Weather permitting, the cattle will go out to grass at the end of the month. Breeding takes place in the summer and Tom has noted that he uses both a purebred bull and artificial insemination (AI) of Belgian and Limousin blue bulls.

Tom’s wife, Mary, works full time off the farm, but also helps out on the farm when needed.

Tom’s daughter, Marita, is studying history and English at St. Patrick’s College Carlow, and also has a keen interest in helping out on the farm at home.

As well as farming, Marita is also an avid horse trainer and rents out her own yard to train and school Connemara ponies and Irish Sport horses.

She hopes to farm in the future and added that she is particularly interested in the sheep business on the farm.

Tom’s two sons, Malcom and Trevor, both studied agriculture at Gurteen Agricultural College and are involved in agricultural contract work under the trade name Burke Agri.

The Burke brothers said they were both concerned about the impact rising costs will have on their business, saying the amount of forage farmers will earn this year will likely be much less than in other years due to the recent spike in fertilizer prices.

Commenting on the challenges that agriculture will face in the future, Tom noted that the sale of agricultural products at a loss is an issue that he believes is really hurting farmers.

He also noted that industries such as the Irish pork, poultry and horticulture sectors are struggling and said: “We have lost the sugar beet industry in Irish agriculture and we don’t we cannot afford to lose other sectors”.

In conclusion, he stressed that he believed that the sale of agricultural products at a loss should be stopped, saying that “stopping it is the first step in ensuring that a farmer can receive a fair price for what he produces” .