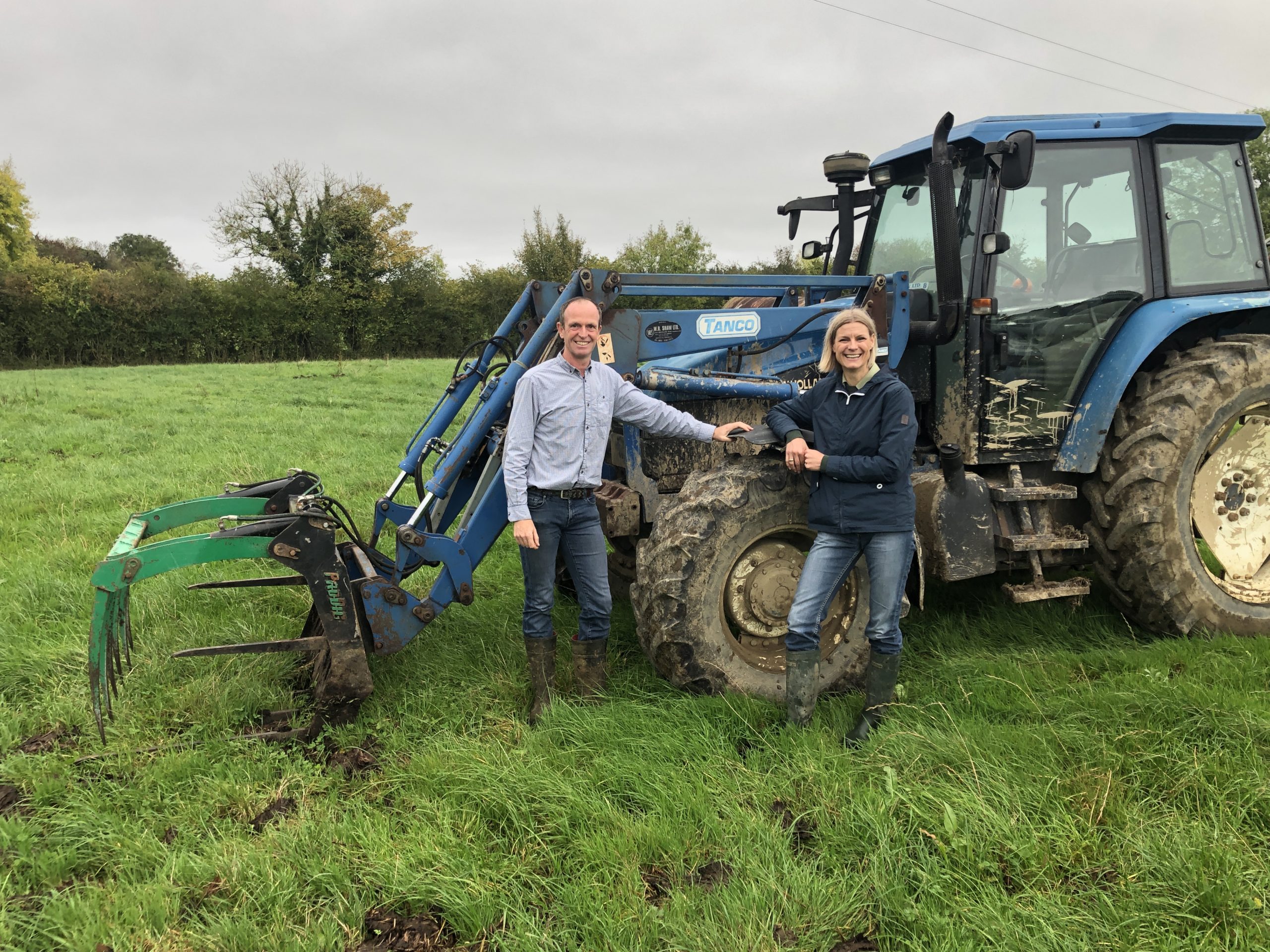 Green Party politician Pippa Hackett and her husband Mark are part-time dairy / beef and sheep ranchers based in County Offaly.

They cultivate nearly 200 acres in North Offaly and both work off the farm.

Pippa is Minister of State for Regional Planning and Biodiversity and Mark is also involved in politics, serving as the Green Party County Councilor on Offaly County Council.

Last week, Agriland visited the County Offaly farm to learn more about the duo’s farming business, which was converted to organic farming about eight years ago.

The couple originally raised conventional beef and sheep, but Pippa explained that they “weren’t making any money with the farm” and said “we have to re-evaluate this”.

Mark and Pippa are both agriculture graduates and run the farm as part of a joint effort.

When the couple sat down and calculated the numbers, they saw that 93% of the farm’s income came from the post office and 7% from the farm. So they started trying to farm. more profitable.

Mark had worked on a dairy farm in New Zealand when he was younger and came home with the urge to get into dairy farming. However, his dad said it wouldn’t work and Mark said “in hindsight I think he was right”.

They pointed out that dairy farming was not considered an option because the farm is fragmented.

“When the decision was made to switch to organic farming, the first thing we did was change the breeds we were using,” Pippa explained.

The couple had a flock of Suffolk winter lambing ewes which they replaced with Romny sheep.

Pippa explained, “We chose Romny sheep for our flock because they tick all the boxes; they are easy to maintain and they are good mothers.

Continuing, she explained, “We used to mop up all of our sheep and lambs in December. It worked well but we were very busy. We had probably 500-600 ewes at this point and it was also an incredibly long and expensive system.

“We made the decision to switch to a spring lambing system where we lambing outside,” she added.

While a Romny ram is driven with all the ewes having lambs intended for succession, the Charterx, Vendéen and Isle de France rams are led with ewes intended to produce factory lambs.

The rams came out around November 6 and lambing at the farm now takes place around April 1.

“With the sucklers, we mainly had Charolais crosses and we had tried several types of continental bulls,” continued Pippa.

“We then changed our bull for a stabilizer and we were delighted with that.

“They tend to have small calves, but they all calve on their own and have excellent growth rates,” she added.

The cows on the farm are now all first or second generation Stabilizer-cross cows.

Commenting on the breed, Pippa explained, “It is a composite breed, although it does breed in the offspring. The goal of the breed is efficiency, they are bred to produce meat from forage and they are hornless and very docile.

“We end all of our cattle on the farm as heifers and steers. The weaned kids are given food for a short time after weaning and that’s it, ”said Mark.

Because the beef and lamb produced on the farm are all organic, he is awarded a 15% premium by processors that Mark noted “is good enough”.

“On our beef, we get a 15% bonus on top of the conventional price. But we have also reduced the price of inputs, so that the margin we are making per hectare compared to what we were is significantly higher, ”noted Pippa.

Organic livestock produced on the Hackett farm are purchased by the processor at a fixed price of € 4.85 / kg currently.

Butcher’s heifers kill at around 300 kg and beef oxen weigh around 330 kg at under 30 months. If they have a grade above five in flesh, they are cut by 10 cents / kg.

In the organic system, cattle are dosed only as needed and excreta sampling is done to see if dosing is needed.

Pippa explained, “With cows you don’t dose them for years sometimes because the worm load is extremely low in them. ”

The Hackett’s operate a closed herd and only bulls and rams are purchased from the farm.

“We all breed our own replacements,” Pippa explained.

During the switch to organic farming, a cubicle house on the farm was converted into a dry litter shed with a slatted area for cattle to stand on when feeding.

Commenting on the farm stocking rate, Pippa explained, “It’s interesting that our stocking rate initially increased when we switched to organic farming. But, we didn’t want to go that route; we had a young family and we said “it must be easier for us while making money on the farm”, so we made the decision to go down to more manageable levels. ”

Commenting on the input costs for the organic system, Mark explained, “We buy a lot of straw – this year it has been very expensive, but my attitude is that this is the only input we have to buy, so we read them. very good because it is the gold go out to the field at the end of the year.

“The fields that take on manure this year, I wouldn’t cut them next year for silage or hay because it takes a little longer to decompose – the next year it’s cut. ”

No field is sprayed with glyphosate and instead is grazed closely then shallow plowed or plowed, and a forage crop is first sown there.

The weaned young are overwintered on the forage crop and the field is then reseeded the following spring.

Wintering works well for the young weaned on the farm, however, Mark explained, “It takes time to move the fence every day, but the cattle thrive on it very well. ”

Silage bales are left in line in the field for planting and the weaned young usually begin grazing the forage crop from December 1.

The headlands are not plowed on the fields, so there is a grassy area on which the cattle can lie down.

This year a total of 16 acres is planted as forage with about 100 bales left around.

Planning for the future, Mark and Pippa intend to build a new sheep processing facility on their farm and continue to develop and improve the efficiency of their farming business.