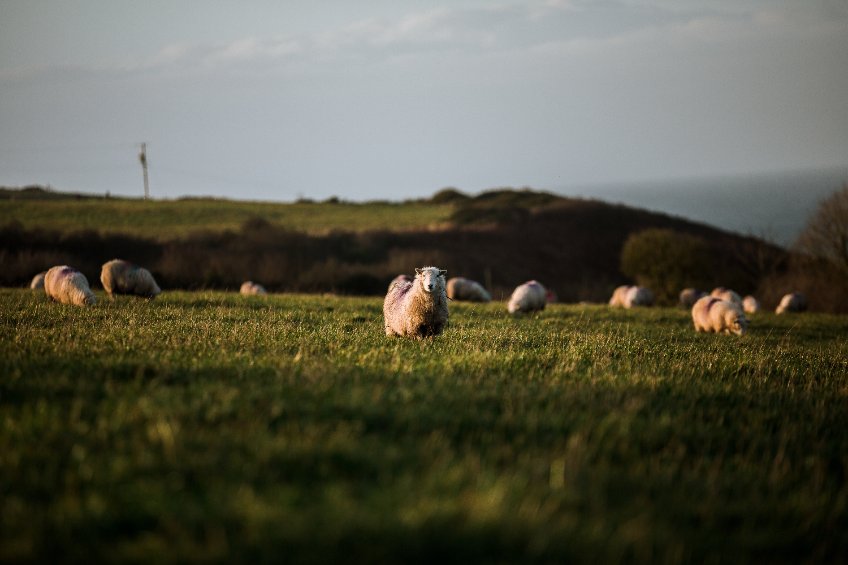 A project examining the key drivers of improved fertility in sheep found that controlling preventable diseases in productive ewes played an important role in improving the efficiency and potential profitability of the operation.

The research revealed that two of the diseases that played a central role in the analysis of empty ewes on the selected farms were Johne’s disease and toxoplasmosis.

Farmers participating in Hybu Cig Cymru – Meat Promotion Wales (HCC) in research identified sheep fertility as one of the key topics they wanted to learn more about.

A second phase of the research saw ten flocks chosen for an in-depth scanning data review which involved the collection of samples from empty ewes by an experienced veterinarian.

One such farmer, Hywel Wigley from Llwyngwern, Llaunwchllyn near Bala, said the research had proved essential for his flock of Welsh Highland sheep.

“The results of this year’s scan showed that some of the ewes were empty. This project allowed for more research to be done on the farm and to diagnose any problems within the herd.

“My herd has certainly been strengthened through this project and I’m glad the evidence gathered is being shared widely with the industry to help others too.”

Another interesting piece of research is the significant variation between sheep fertility across farms and also across different lambing years for each farm, with many farms not experiencing the same fertility and fecundity issues each year.

Other issues noted were that body condition score and age of ewes were strongly associated with fertility problems, with Johne’s disease identified as a common cause of lower body condition and high replacement rates of ewes in within these herds.

By commissioning the research, HCC said it showed the importance of better disease control on sheep farms.

The harvesting agency has created a unique set of data on the age structure of herds and the effects of longevity of breeding females on the economics of family farms.

John Richards, HCC Project Manager, said: “We are always striving to innovate and are proud to work with Welsh breeders to gather data that has not previously been collected from Welsh or UK breeders.

“A lot of work has been done on the productive life of dairy cattle across the UK, but this looks like a first for sheep in Wales and the UK.

“Technology helps farmers collect data more efficiently from time to time, feeding that information into research, like ours, on sheep fertility.

“We now look forward to further sharing this research with industry to continue to improve the health, sustainability and efficiency of sheep on Welsh farms.”