Gozitan shepherd Ġanni Attard – long at the center of a legal saga involving his unregistered flock of sheep – says he was discriminated against after being denied planning permission to sanction various illegalities and expand his sheep farming in the limits of the Għarb.

In his letter, Grech asked why his client had been denied a permit when other similar requests to sanction illegalities at Gozitan sheep farms – including one right next to the farm – had received the blessing. of the Planning Authority.

“Ġanni Attard believes this constitutes discrimination against him, in line with what he has suffered over the past 10 years,” Grech said, referring to the long saga involving Attard’s unregistered sheep.

“He also wishes to point out that none of the authorities have ever defended or safeguarded the interest of the sheep except Ġanni Attard, who has long fought for their right to stay alive.”

On September 6, the Planning Commission responsible for applications in the ODZ and Urban Conservation Zones voted unanimously to refuse to grant a permit for the Attard development application. PA/1276/20which was made public by Newsbook.com.mt when he finalized the scouting last March. 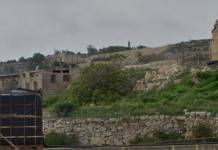 The request sought to sanction numerous illegalities on the land of Attard – a disused quarry in an area known as Il-Pirwilin – to build additional structures and to sanction the use of the site as a sheep farm housing 500 sheep.

Illegal work dates back to at least 1994, when the Palestinian Authority first launched enforcement measures, and three previous attempts to sanction illegalities present over the years had proven unsuccessful: two were denied one permit, while the other was withdrawn before the end of the exam.

The latest plans drew objections from Din l-Art Ħelwa, who pointed to the visual impact of development near the Grade 1 listed San Dimitri Chapel, and the Environment and Resources Authority deemed them objectionable d from an environmental point of view.

The case officer handling the application concluded that the project went against rural policies since it had not been approved by the Agricultural Advisory Committee, and also went against local plans for Gozo: the Planning Commission used the same justifications when it refused a permit.

…but not for Attard’s neighbor

However, Attard felt aggrieved by the AP’s decision to grant permits to neighboring sheep farms, despite the presence of illegalities at those sites.

Last July, the Planning Commission granted a permit (PA/5167/20) “to penalize the extensions and constructions of sheep farming, to carry out upgrades to bring them up to standard, including the construction of cesspools and ancillary facilities”, in a site located just opposite his Attard site, occupying a another disaffected quarry.

Sammy Camilleri’s proposal, however, promises a farm that would house just 35 sheep – a small flock that secured a permit despite the site being less than 200m from a water source. underground water.

In his letter, Grech asked why the designation of the area as an area of ​​high landscape sensitivity had only been mentioned in the case of Attard.

“We are talking about the same area, the same valley, the same environment; the two sites face each other and are both in a quarry,” he said.

Attard’s lawyer also pointed out that another sheep farm is about 30 meters from the historic chapel, covered by various valid permits, questioning why the proximity of the chapel only seems to have troubled the authorities in the case d’Attard. This farm is also smaller than that of Attard with a declared capacity of 99 adult sheep.

The legal saga is approaching its 10th anniversary

Meanwhile, the court saga over Attard’s unregistered flock of sheep is now approaching its 10th anniversary.

In November 2012, authorities visited the scene to cull Attard’s sheep: under Maltese and European law, all animals classified as livestock must be registered to ensure traceability of animal products and to help control the spread infectious diseases. Government veterinary staff had slaughtered about half of Attard’s roughly 400 sheep before they were arrested by a court warrant.

A magistrate later ruled the action was justified on public health grounds, and a 2016 ruling by an appeals court paved the way for the rest of Attard’s herd to be slaughtered: this was however interrupted by a constitutional petition filed by Attard.

Police monitor Attard’s herd 24/7 to ensure that unregistered animals and their products are not traded. In 2019, the police said the cost of surveillance reached 1.4 million euros.