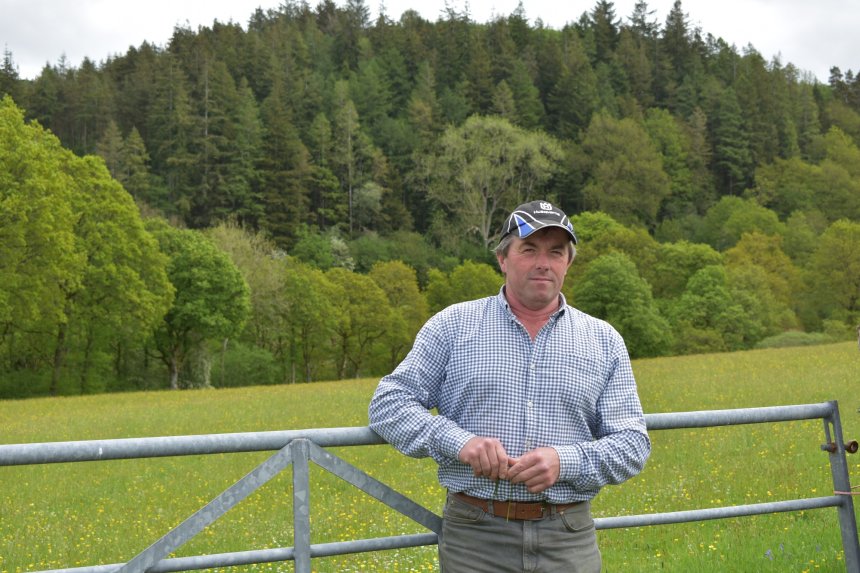 Nature, conservation and food production must and can go hand in hand, according to Carwyn Jones, a Montgomeryshire beef and sheep farmer.

The 160 acre beef and sheep farm at Ty Mawr, Dolanog in the Vyrnwy Valley, has been in the family for many generations, Carwyn took over full management of the farm from his uncle in 2002.

Describing the terrain, he said, â€œMost of the terrain here is quite steep. There isn’t a lot of soil, about 2 inches of soil and 2 miles of rock. So I have to handle this carefully.

â€œWe have a lot of wood around the farm and I also take care of about 30 acres of our own wood on the farm. There is such a wide variety of bird and wildlife species and I believe firmly that it is because of the way this land is managed. ”

A champion hedge trimmer, Carwyn has established over a mile of hedges along the farm on either side of the track and recently planted over 600 new hedge plants.

â€œOverall, I take care of about 4 miles of hedges on farmland. I have always been a fan of hedges and trees. For me, I do what I do in terms of nature and conservation work for the love of doing it. I’m crazy about hedges and the benefits they bring to the land and wildlife.

However, Carwyn is clear that cattle cannot be left out of the conversation. He says his cattle play an intrinsic role in biodiversity.

â€œCattle and land work well together. I keep Welsh sheep, and I do not cross them with anything. And I keep Hereford cross cattle, â€he said

“It is not a very productive farm, I am not using it to its full potential – it is low input as they say. As it is now, the Welsh sheep are doing very well and the cattle too.

Buttercups and other meadow flowers do wonders for pollinators

“I wouldn’t want too many continental breeds. I cross them with a Charolais bull but you want fairly robust cows here.”

Walking through the fields, admiring the diversity of flora and fauna, he declares: â€œThe big word is rewilding, which sounds good on paper. But if we took all the cattle out of here, I don’t want to imagine what that landscape would look like.

â€œYou couldn’t see the woods for the trees. People say farmers are destroying our beautiful landscape, but why do they call it beautiful?

â€œIt’s beautiful because of the way we’re dealing with it now. It is the farmers who keep the land and there is a life cycle to it. We work with nature.

â€œThe land we are on now needs a mix of sheep and cattle. If we only raised sheep here, we wouldn’t have the same biodiversity. There must be manure in the fields. “

Carwyn has the common on one side, the highlands on the other and a few lowlands, as well as the river: â€œWe have our own unique habitat here on the farm and I want to make it even better. “

He adds: â€œI think I’m probably one of the biggest conservationists in the region. My grandfather and uncle were the same, they too were against spraying and fertilizing the soil, pushing the soil too much.

â€œTheir philosophy of caring for the land has rubbed off on me, 1989 was the last time any fertilizer was applied to the soil here. The farm is as natural as it gets. I’m probably more organic here than some of them. between them the certified farms.

The style of grazing on the farm hasn’t changed much since Carwyn’s grandfather tilled the land, but storage levels have been reduced to ensure sheep and nature thrive. 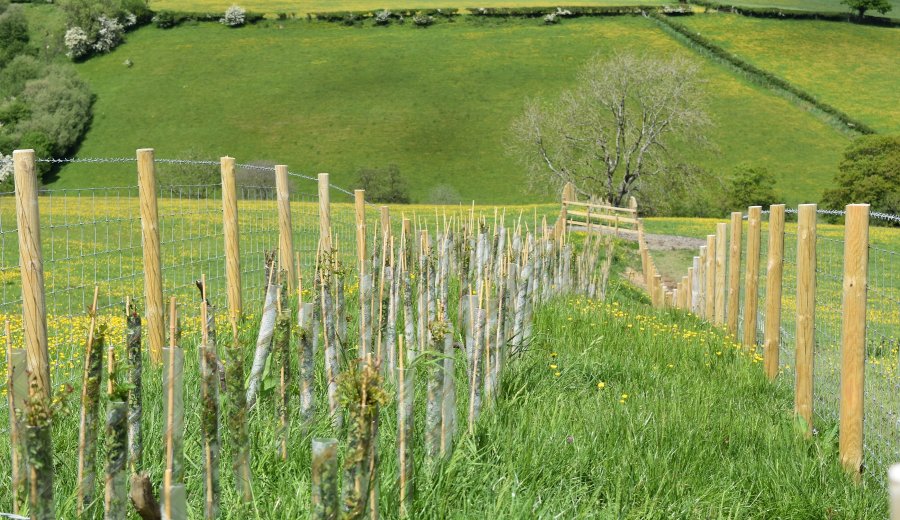 â€œThe farmers keep the land and there is a life cycle to it. We work with nature ‘

â€œThe first thing I did on my recovery was reduce the number of sheep by about a third. There was too much of it and without fertilization there just wouldn’t have been any weed for them, â€says Carwyn.

â€œNow we have more flowers and where the cattle are, biodiversity has exploded. The earth now has more time to breathe, which gives us better flora and fauna. “

Buttercups and other meadow flowers also do wonders for our pollinators: â€œI have excellent hay meadows because they are natural and not forced,â€ he says.

“I have kept the meadows the same from day one, I am not part of any restrictive scheme which means well but ends up creating the opposite of what was originally intended.”