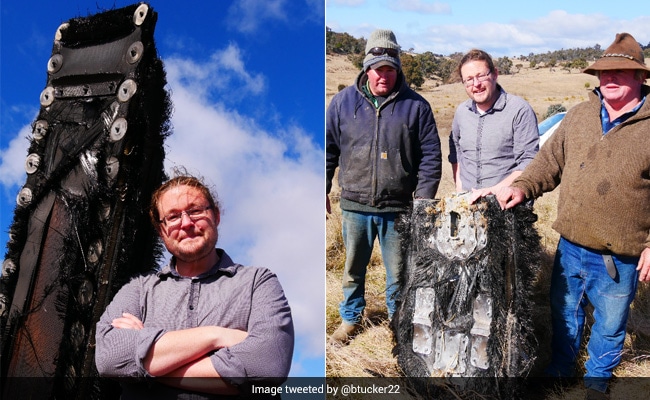 The image shows that pieces of space junk were found on a sheep farm in Australia.

On July 9, a bang was heard in the Snowy Mountains in southern New South Wales. Residents of Albury, Wagga Wagga and Canberra could hear it for miles, the outlet said.

When a rocket is launched, pieces of the spacecraft frequently separate from the main payload and fall back to Earth. When they come into contact with the planet’s atmosphere, the majority of these fragments burn up. The ocean, which makes up two-thirds of the Earth’s surface, is where the biggest chunks coming through the atmosphere are most likely to land. But sometimes they manage to make landfall.

The nearly three meter tall object was found by sheep farmer Mick Miners in a remote area of ​​his field in Numbla Vale, south of Jindabyne, Australia.

Just returned from Dalgety, NSW. I was busy confirming that parts of a @SpaceX The Crew-1 Trunk capsule has crashed in some paddocks in the NSW countryside! More info to come:https://t.co/2VJzeYMhhnpic.twitter.com/sQsE4WAxRq

“I didn’t know what to think, I had no idea what it was,” Mr Miners said. ABC Southeast.

He summoned fellow farmer Jock Wallace to the area, who had also discovered unexplained debris nearby.

“I didn’t hear the bang, but my daughters said it was very loud,” Mr Wallace said. “I think it’s worrying that it just fell from the sky. If it landed on your house, it would be a hell of a mess.”

Mr Wallace claims that after contacting the Civil Aviation Safety Authority, he was instructed to contact the National Aeronautics and Space Administration. (NASA) – the American space agency.