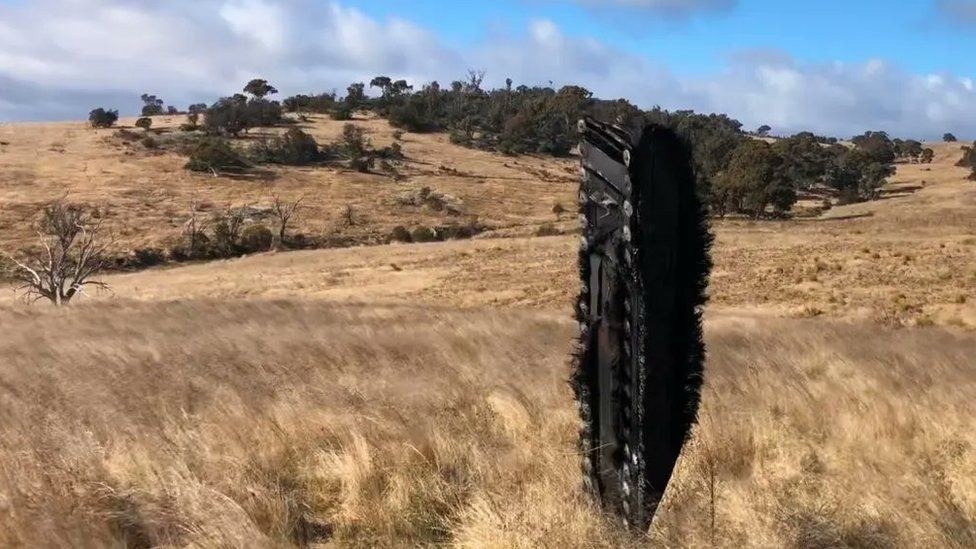 Three large pieces of space junk that crashed into Australian sheep farms have been confirmed to belong to SpaceX, the Australian Space Agency announced today (August 3).

The space junk, discovered on Saturday July 30 in farmland in the Snowy Mountains region of New South Wales, came from part of a SpaceX Crew Dragon spacecraft that likely re-entered the Earth atmosphere on July 9 – the day locals reported hearing a loud sonic boom and seeing an arc of light blazing in the sky.

The first of the debris, a 10-foot-tall (3-meter) spike scorched black by re-entry, was found by local sheep farmer Mick Miners on his farm south of Jindabyne, according to the Australian Broadcasting Corporation News . Then his neighbor, Jock Wallace, discovered a separate piece nearby. Wallace quickly asked the Australian Civil Aviation Safety Authority (CASA) what to do with the space shrapnel. He told them to contact NASA.

Related: A 25-ton rocket booster from China will crash into Earth on Saturday. What’s the risk?

The Crew Dragon capsule launched in November 2020 to take four NASA astronauts on a round trip to the International Space Station (ISS). Experts believe the space debris likely originated from the Crew Dragon’s unpressurized trunk, which was attached to the lowest side of the spacecraft and was designed to transport cargo into space and to support the craft during launch. according to SpaceX.

Half of the trunk was also filled with solar panels that powered the ship during flight and while it was docked to the ISS. The trunk was intentionally jettisoned during re-entry to facilitate Crew Dragon’s return to Earth, but engineers planned to touch the ocean, not a farm.

“I think it’s a problem that it just fell from the sky. If it landed on your house, it would be a hell of a mess,” Wallace said.

The debris is the largest recorded space debris to land in Australia since the 77 tonne (69 metric ton) Skylab (the US’s first-ever space station) fell from orbit in 1979 due to drag force solar storms had given to Earth’s atmosphere, scattering debris across Western Australia.

According to article VII of the law of 1967 Outer Space Treaty, of which all major space nations are parties, any country that sends an object into space is internationally liable for any damage it may cause to another party when it crashes back to Earth. These incidents are either dealt with by a complaints committee or dealt with through diplomatic channels. For example, in 1978, when the malfunctioning Soviet satellite Kosmos 954 crashed in western Canada, scattering debris from its broken onboard nuclear reactor on a path of about 370 miles (600 kilometers), for which the USSR paid Canada three million Canadian dollars. in compensation

The SpaceX rocket wasn’t the only one to fall to Earth last weekend; a 25-tonne (23 metric ton) center stage from one of China’s Long March 5B boosters also fell over Malaysia and Indonesia, spread metal debris on the villagesaccording to Space.com.

Space agencies typically plan rocket trajectories so that any potential debris burns up in the atmosphere or lands in the ocean, but the increasing pace of space activity has exposed more of Earth’s population. at the risk of being hit by debris from uncontrolled re-entries. In fact, researchers writing in a July 11 article published in the journal Nature Astronomy (opens in a new tab) estimate that there is a 10% chance of a human being dying from falling rocket debris within the next decade; and that over the past 30 years, no less than 70% of all rocket bodies have fallen to Earth in uncontrolled re-entries.