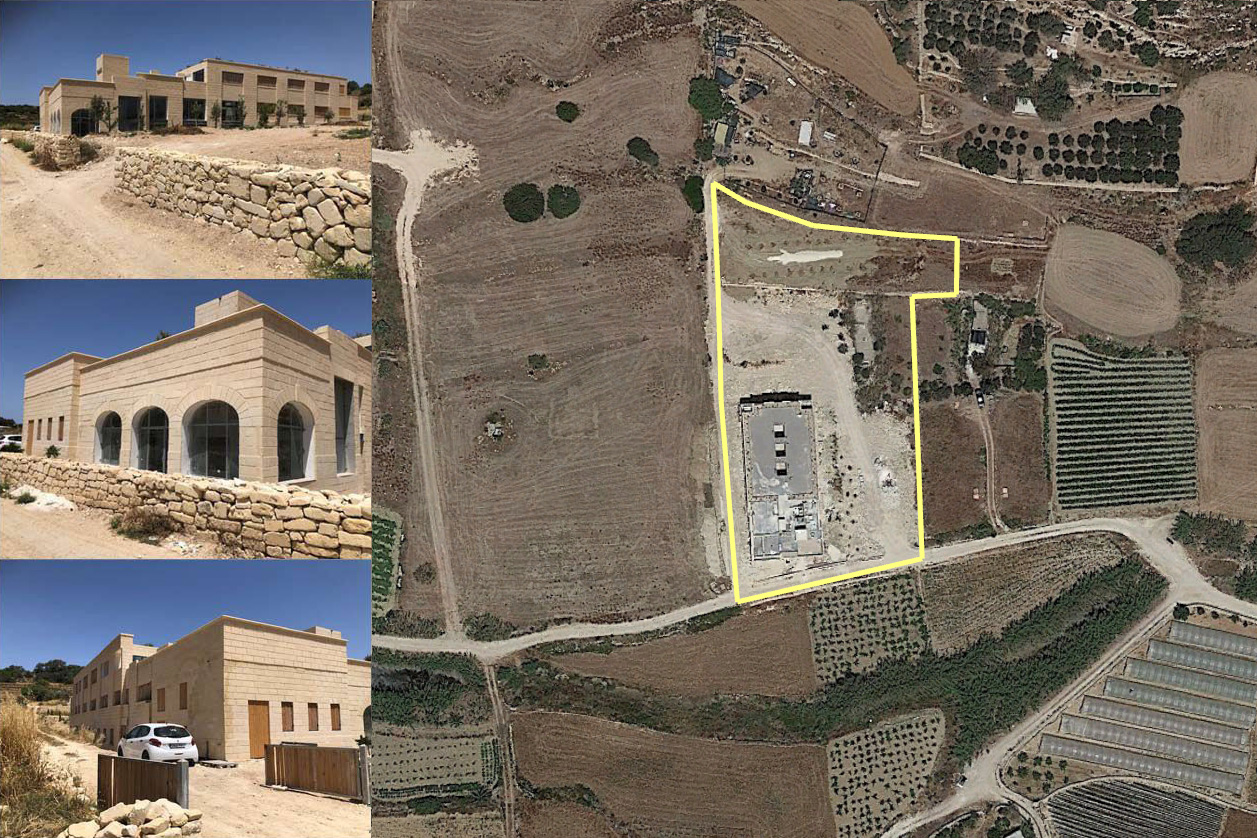 Just two years ago, authorities defended the granting of a controversial permit for a huge sheep farm in a previously undeveloped area of ​​Bidnija, insisting on the legitimacy of a project that looked like a commercial enterprise .

But criticism of the project appears to have been justified as a firm run by the architect behind the huge structure – but not the registered sheep farmer behind the original development request – has now requested the addition of several commercial uses to the site, including the addition of two guest bedrooms.

Approval of sheep breeding (PA/7946/18) in Wied tal-Ħżejjen had flown under the radar, with no objections to a development which was granted the necessary development permit in February 2019.

But as the large complex in the middle of a hitherto largely untouched valley began to emerge the following year, critics – including the Nationalist Party’s environment spokesman at the time, David Thake – argued that there appeared to be ulterior motives behind the development. The height of the structure and its architectural features suggested that the complex would be an agritourism concern rather than a functioning sheep farm.

The legitimacy of the project was championed by then Environment Minister Aaron Farrugia, who dismissed any concerns about the structure’s appearance, and a Planning Authority spokesman told the Malta weather that no planning application has been submitted to convert the site into an agritourism complex.

Commerce upstairs, sheep in the basement

But it only took two years for this planning request to arrive: PA/5895/22 was submitted on May 22 and is expected to be published in Wednesday’s edition of the Government Gazette after finalizing a selection process. And the registered sheep farmer who applied to build the farm, Jason Vella, is not involved in that application.

This time the application was made by Notary Public Peter Carbonaro on behalf of Bidnija Farming Enterprise Ltd, a company registered just two weeks before the application was filed. In its application, the company stated that it does not own the site, but is authorized to carry out the works in agreement with the real owner.

Carbonaro and architect Konrad Bezzina – who oversaw the original sheep farm and who remains the architect behind the new proposals, are the company’s two directors and legal representatives; Bezzina is listed as its sole shareholder. There is no indication that either of them opted for a more pastoral way of life and took up sheep farming.

Conveniently, as the nomination itself makes clear, a project that critics say had ulterior motives “minimizes structural work and additions in this particular proposal,” as Bezzina points out. itself in its cover letter, to accommodate the intended commercial uses.

In 2020, Minister Farrugia had insisted that the farmhouse was a single-storey farmhouse whose great height was in line with similar farmhouses, and that the project’s location on a slope made it appear taller than it was. was.

But the revised plans emphasize that the applicants now intend to make full use of the height of the building to carve out a second floor that houses commercial uses including a retail outlet, a tasting area, “drinking areas educational agro-experience”, a retail outlet, as well as an agricultural residence. The generous height of the building even allowed the creation of an “intermediate floor” in which two guest rooms and a breakfast/dining area are planned.

Parking spaces should also be added for the benefit of visitors using what was once a largely pristine valley.

And despite all the justifications for the height of the building – including by Minister Farrugia – the plans suggest that a single-storey structure would have sufficed for the sheep: that is all they will be awarded if the blessing of the ‘AP arrives.

The aim of the project, Bezzina insisted, is “primarily to consolidate the use and designation of licensed sheep farming by extending it to farm diversification, with the primary aim of promoting the local agricultural industry. , both locally and internationally.

An opponent denounces a “false declaration” behind the original license

In what will likely be the first in a series of objections to the project, one individual has already filed an objection in which he insists the original permit was obtained under false pretences.

“I strongly oppose this application on the basis that the original applicant for the initial permit was only used to obtain the permit to construct the building since he is a cattle rancher,” the opponent wrote. “Now this alleged farmer cannot be found in this application.”

The opponent also asked how the old premises of the farmer had not been decommissioned, even though he had obtained a new farm to work on.

It remains to be seen, of course, whether these plans will be deemed acceptable by the Planning Authority – or the government for that matter. But since the developers’ apparent bait and switch had made their previous defense of the project ridiculous in hindsight, one can only wonder if a sheep farmer pulled the wool over their eyes.