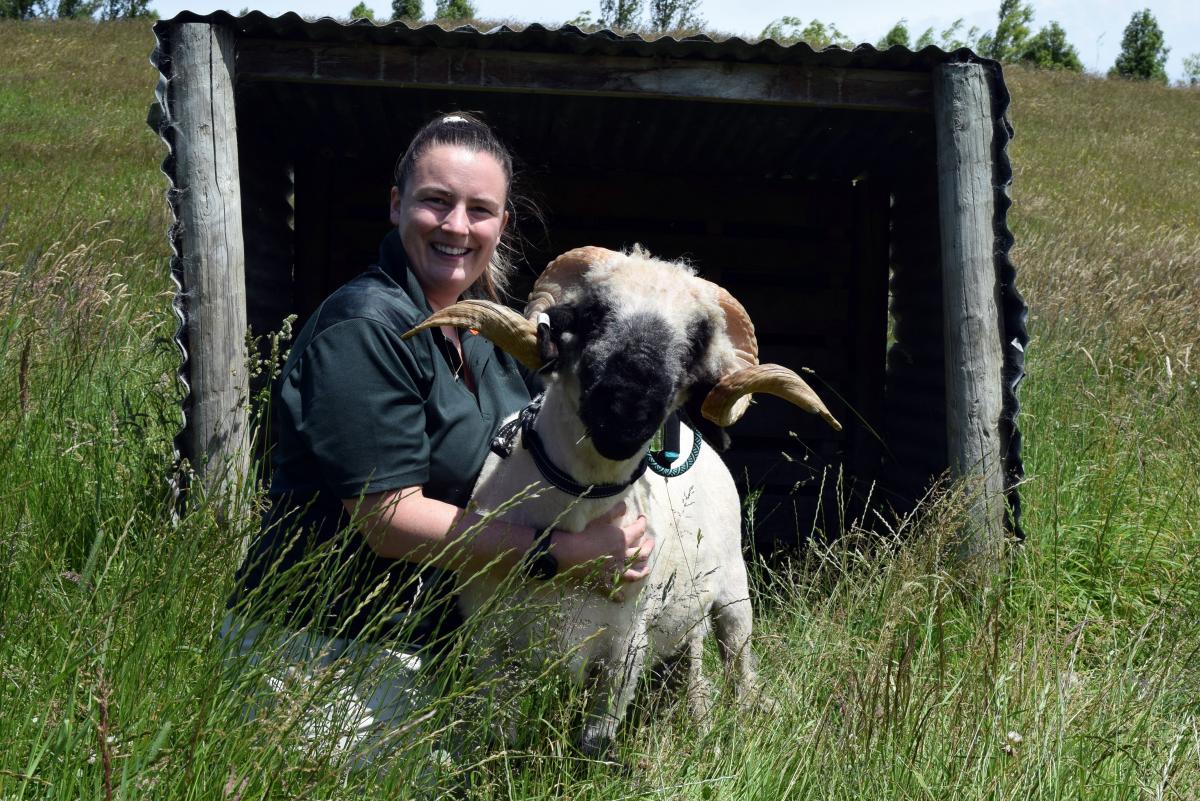 The cutest breed of sheep to play on show

The cutest sheep in the world or a face only a mother could love?

You can decide at the Otago Taieri A&P Show in Mosgiel on Saturday.

“When they’re lambs and have a full fleece, they look like big, fluffy teddy bears, with a cute little face and horns sticking out from the sides.”

Ms Woodhead was about to show off her purebred Valais Angus black-nosed ram at the show.

Patrons of the show could hug Angus, take photos with him, and get more information about the “friendly” breed of sheep.

The nearly 18-month-old Ram was no stranger to A&P shows and won major ribbons at the South Otago A&P Show in November last year and the Tokomairiro A&P Show last month.

Before Angus was shorn this month, he looked like an old English Sheepdog.

“It looked like a big pile of hay because it was so massive and soft.”

The sheared wool would be exhibited at the show.

Cattle were banned from the show last year in an attempt to reduce the risk of spreading Mycoplasma bovis.

The return of livestock, especially dairy cows, was important as it helped bridge the â€œrural-urban divideâ€.

Some children did not understand how milk was produced, Mr Thomson said.

At the show, customers could see three cows being milked by machines.

Mr Thomson said that by the time a child watching a milking demonstration understood the origin of the milk, his facial expressions changed.

Other events at the show included a fox terrier race, a contest to guess the weight of a cow and her calf, equestrian events including a Clydesdale show, a baking contest, woodcutting, a shovel demonstration, truck exhibit, sheepdog trials and entertainment including a Lego exhibit and a petting zoo.

Local farmers had donated nearly 40 lambs to the company for the “paddock to plate” competition.

The lambs had been tried on the farm and x-rayed at the Silver Fern Farms Finegand factory to show the bone-to-meat composition.

The thighs of the top six lambs were returned to the company for cooking on the day of the show so that the judges could test them for taste, tenderness and carvability, to find an overall winner of a $ 1,000 prize.

Farmers attended the show to win ribbons and showcase the high levels of animal welfare in the primary industry, Thomson said.

“We all love our animals.”

2021-01-20
Previous Post: The Blue Texel breed of sheep is growing in popularity
Next Post: Intensive sheep farming achieves a weaning rate of 180% per year