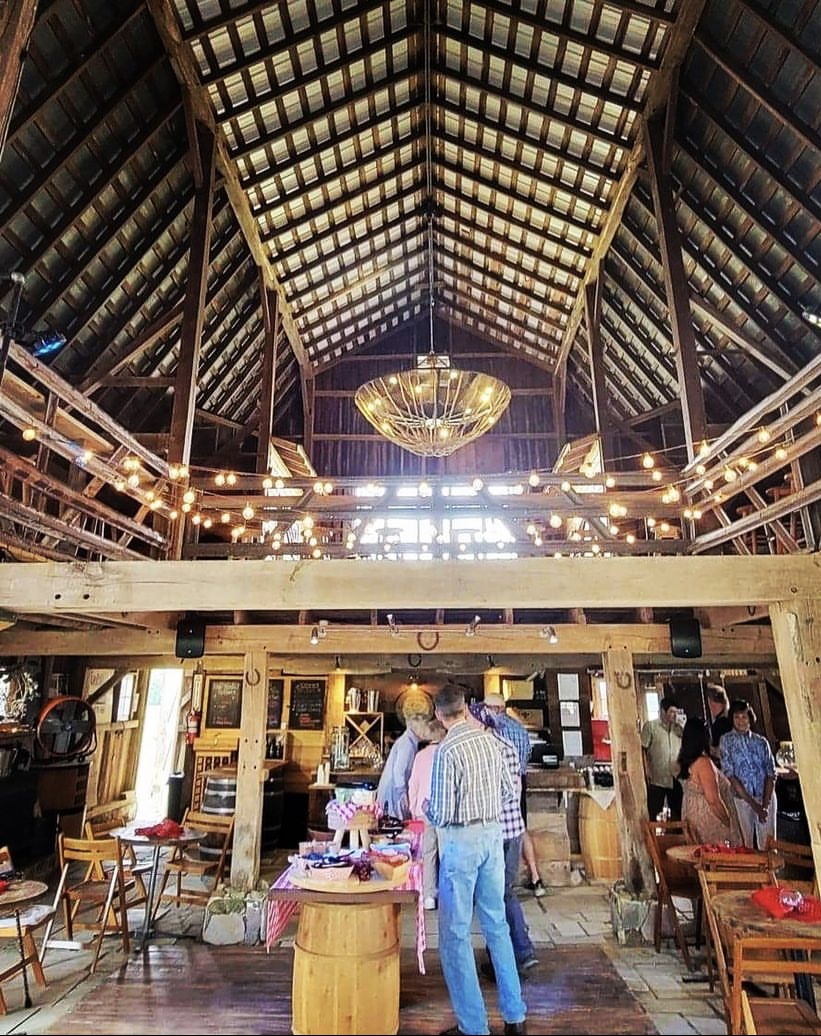 Craig and Gail Castro weren’t sure what to expect when they opened their Sunbury vineyard to the public last June.

As it turns out, visitors have come to love the scenic spot, known as The Vineyard at Porter Central, as much as the Castros. They were also big fans of libations – the Castros ended up selling their cider on tap that opening weekend of June 17-19.

“We doubled our goals,” said Craig Castro. “It will just be a growth process.”

The Castros have been farming their historic farm since they purchased the property at 8290 Porter Central Rd. in 2004. The two met in Southern California and eventually took advantage of an opportunity offered by Craig’s employer to move to Ohio, since Gail was originally from Galleon.

They knew from the start that they wanted to have a barn on their property.

When the Castros moved to the Sunbury property, the site included a barn built in the mid-1920s and a house probably built before the turn of the 20th century. The couple started raising sheep on the site in 2008 and later opened the space as an event venue in 2015.

The four-acre site is home to 400 vines. Visitors can sample Wool & Vine red and white table wines, both made on site, as well as Black Sheep, an English-style dry apple cider. Lovers of sweeter dishes can add simple pineapple, ginger, or cherry syrups to the base flavor. The vineyard also offers Gail’s Grape Cider, which combines the basic Black Sheep recipe with Concord grapes, as well as 1826 Hard Cider, a dry-hopped version of Black Sheep.

While the Castros began experimenting with winemaking in 2008, they began working on rehabilitating their property as soon as they purchased it in 2004. Over the past eight months or so, in preparation for the weekend of opening of their vineyard, the couple began to accelerate their improvements.

“We didn’t do this overnight,” Craig said.

Inside the barn, visitors can enjoy bistro-style seating with small tables and chairs. Additional seating is available in the attic. When the Castros rehabilitated the barn, they restored the existing windows and added new ones.

“It really lets in a lot of light,” he said.

A large roller door made of windows opens to an outdoor seating area, and a large greenhouse that sits on the property provides additional seating. Visitors can also sit outside in the corral, adjacent to the north side of the barn.

The space is open to people 21 and older and will be open on a seasonal basis, from Memorial Day through mid-October. Craig said the decision not to air-condition the barn was intentional and aimed at preserving the site’s rural feel.

“We really wanted to maintain a strong connection to agriculture in the state of Ohio,” he said.

You want to know more ? Check out our print publication, (614) Magazine. Find out where you can find a free copy of our new August issue here!