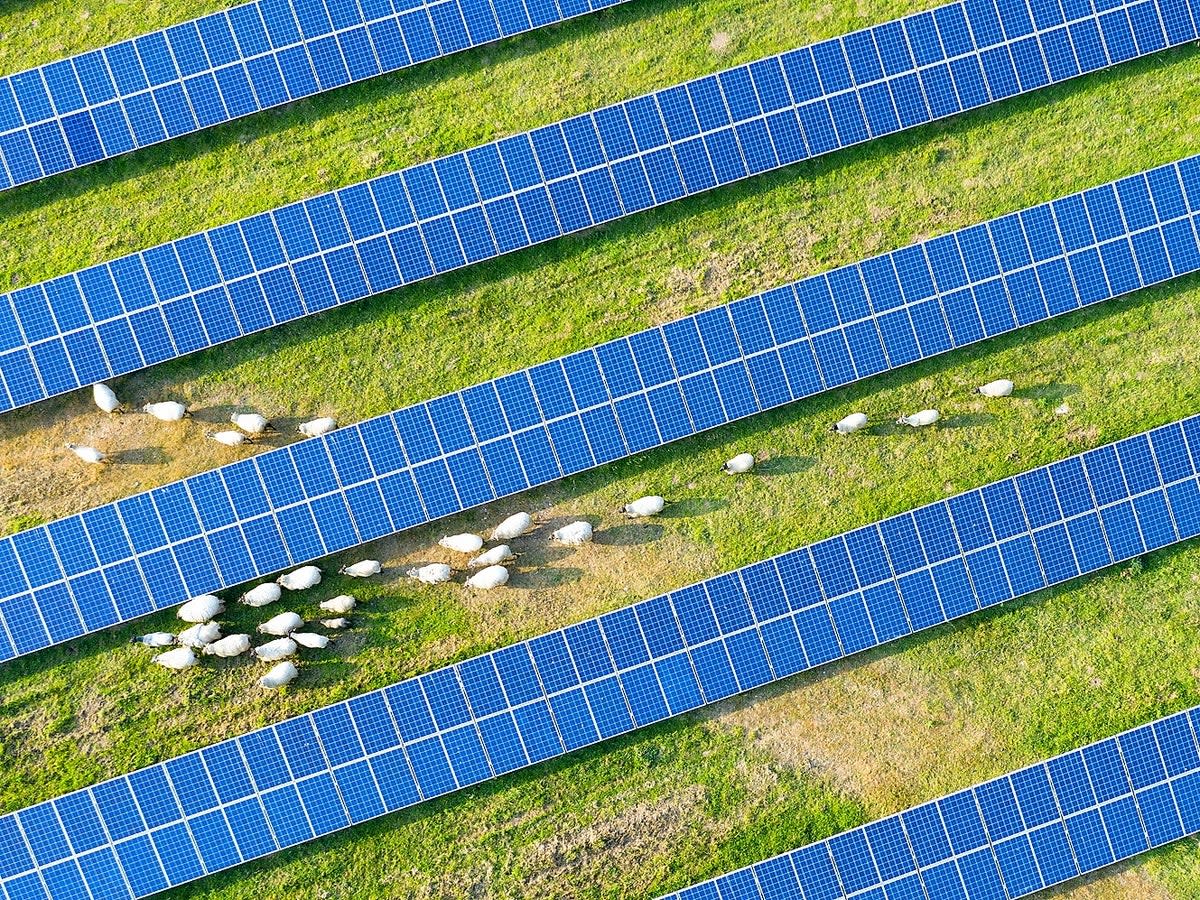 Sheep farmers in Australia have reported that their wool has improved in quality and quantity since the installation of solar panels on their properties.

A four-year trial in New South Wales has been described as a “complete win-win” by local farmers, with the panels providing shelter for sheep and grass, and sheep browsing on any foliage that might impede sunlight from reaching the panels.

“It’s actually quite amazing. Some of the sheep are fantastic. They’re growing exponentially and the wool cuts are among the richest 5% in the district,” wool broker Graeme Ostini told ABC News.

Other breeders have reported “very, very little contamination of the wool” and an increase in the carrying capacity of the soil thanks to the panels protecting it in times of drought.

Higher amounts of grass available for grazing have been reported in previous studies, with Oregan researchers finding that photovoltaic panels increased biomass production by 90%.

The 2018 study attributed the improved growth to increased water efficiency of more than 300%, as the soil is able to retain more moisture in semi-arid regions.

The trial in Australia will likely lead to further studies into the integration of agricultural and renewable energy sites, potentially opening up many more sites around the world to the possibility of hosting solar panels.

The researchers now hope to conduct larger-scale trials and are seeking funding for pilot studies on other types of agriculture.

“We’re starting to have a very good database of studies showing how co-location of agriculture and photovoltaics can be done successfully,” said Dr. Madeline Taylor, energy policy and landowner rights researcher. .

“We have seen that it works very well for grazing. Now, believe it or not, cultivation can also work very well with solar energy. »