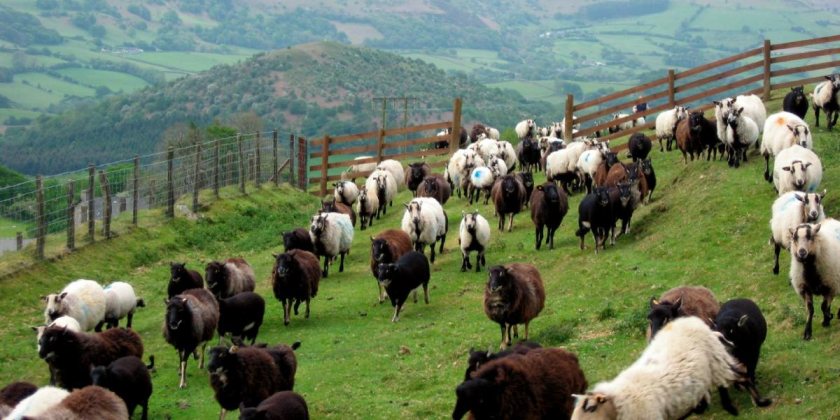 A breed of Welsh Mountain sheep that has declined in numbers by almost 30% since 2013 has been added to a breed survival watchlist.

The rare Badger Face Torwen will now have targeted support to aid in breed revival.

Torwens, which means “white belly,” have a black face with white markings and a black fleece with a white belly.

Their legs are beige with a black stripe, the underside of their tail is white, and rams have dark spiral horns.

The majority of current Torwen herds are still found in Wales, but herds have also been established in England and a small number in Scotland.

The Watch List lists the rarest native animal and horse breeds in the UK.

“Not only are these sheep an irreplaceable part of our national heritage but [they] produce delicious meat, â€he said.

Brian Eagles, past president of the Badger Face Welsh Mountain Sheep Society, has guarded Torwens for over 20 years.

He said: â€œTorwens are very useful on farms and small farms due to their hardy nature, medium size and excellent mothering.

“They’re good for crossbreeding, popular in meat boxes, and great for conservation grazing work, but they’re not as well known as their Torddu cousins.”

2021-03-12
Previous Post: Australian white sheep breed is growing in popularity, surprising farmer who bought it by mistake
Next Post: How a sheep farm aims to reach 1000 kg / ha with a continental herd